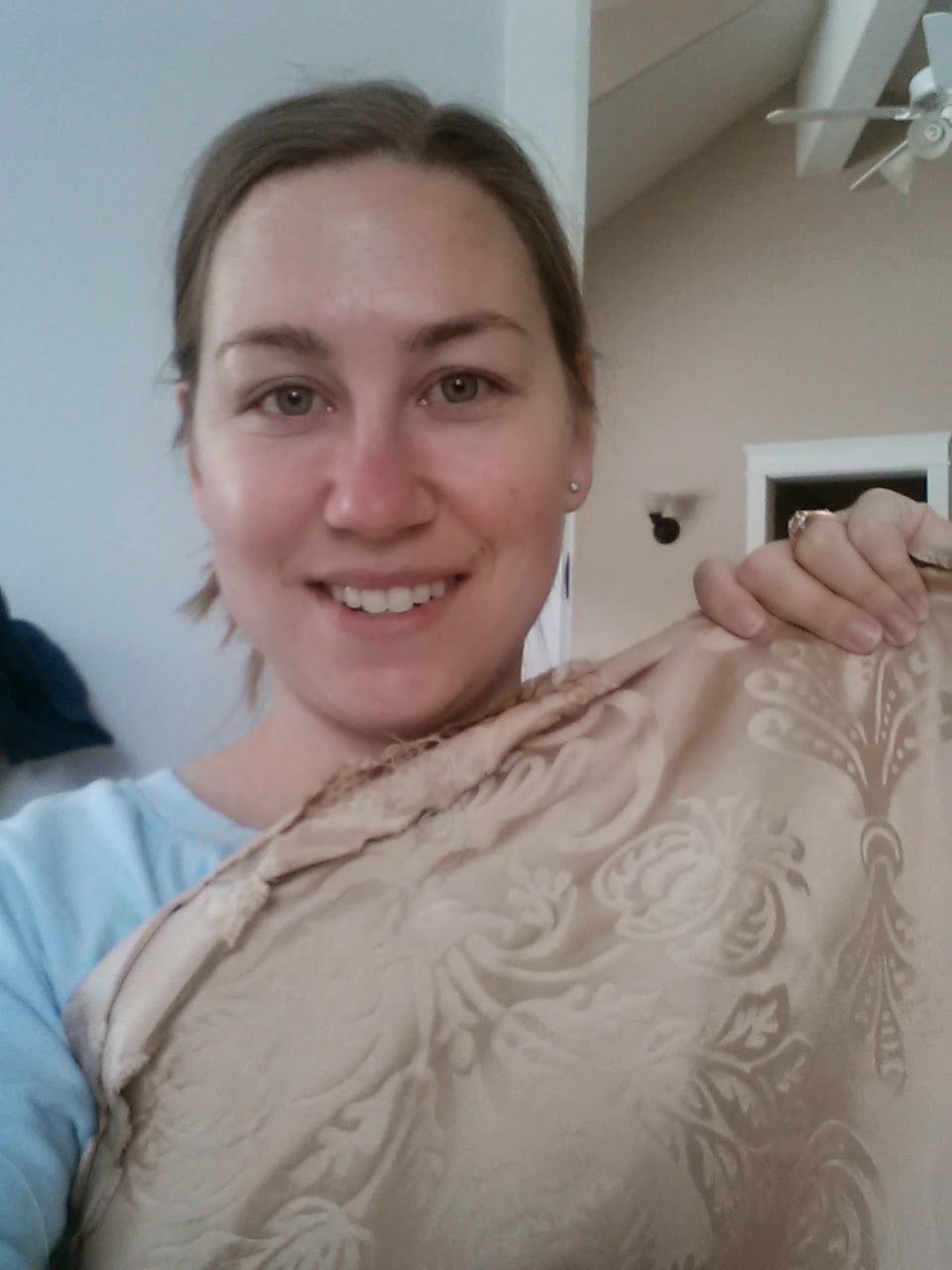 This is my first time dyeing any fabric. I purchased some silk damask on Ebay several months ago. The listing said it was "blush" and the picture looked kinda pink, so I went for it. Well when it arrived, it was very much the color of my skin, a beige-y peach. I waffled for a while about keeping it, knowing I would never use it for myself with its current color. No friends wanted it as they didn't like the color either. I decided I would give dyeing a try!

Here's what we started with. See how it matches my skin? Ick. 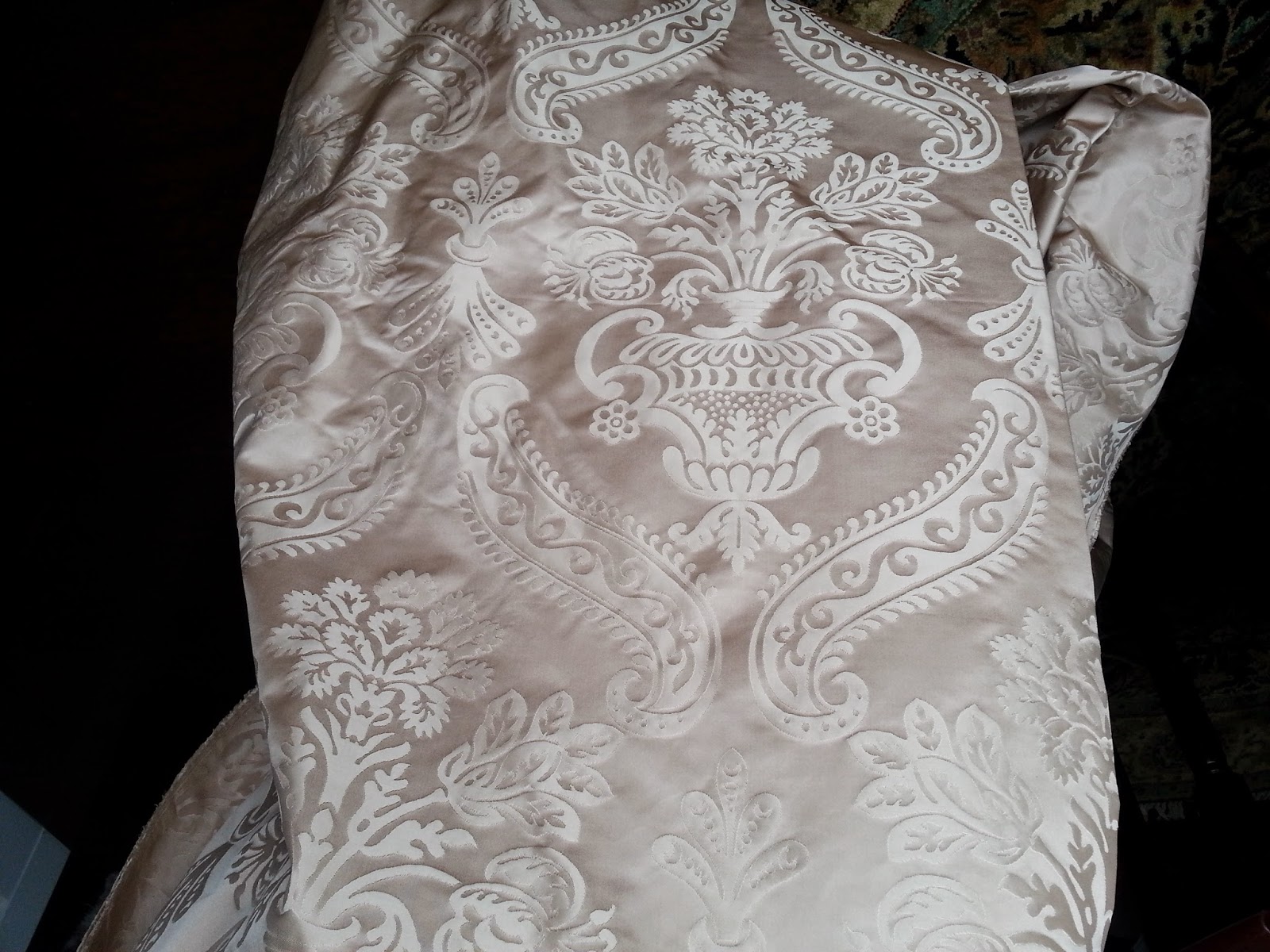 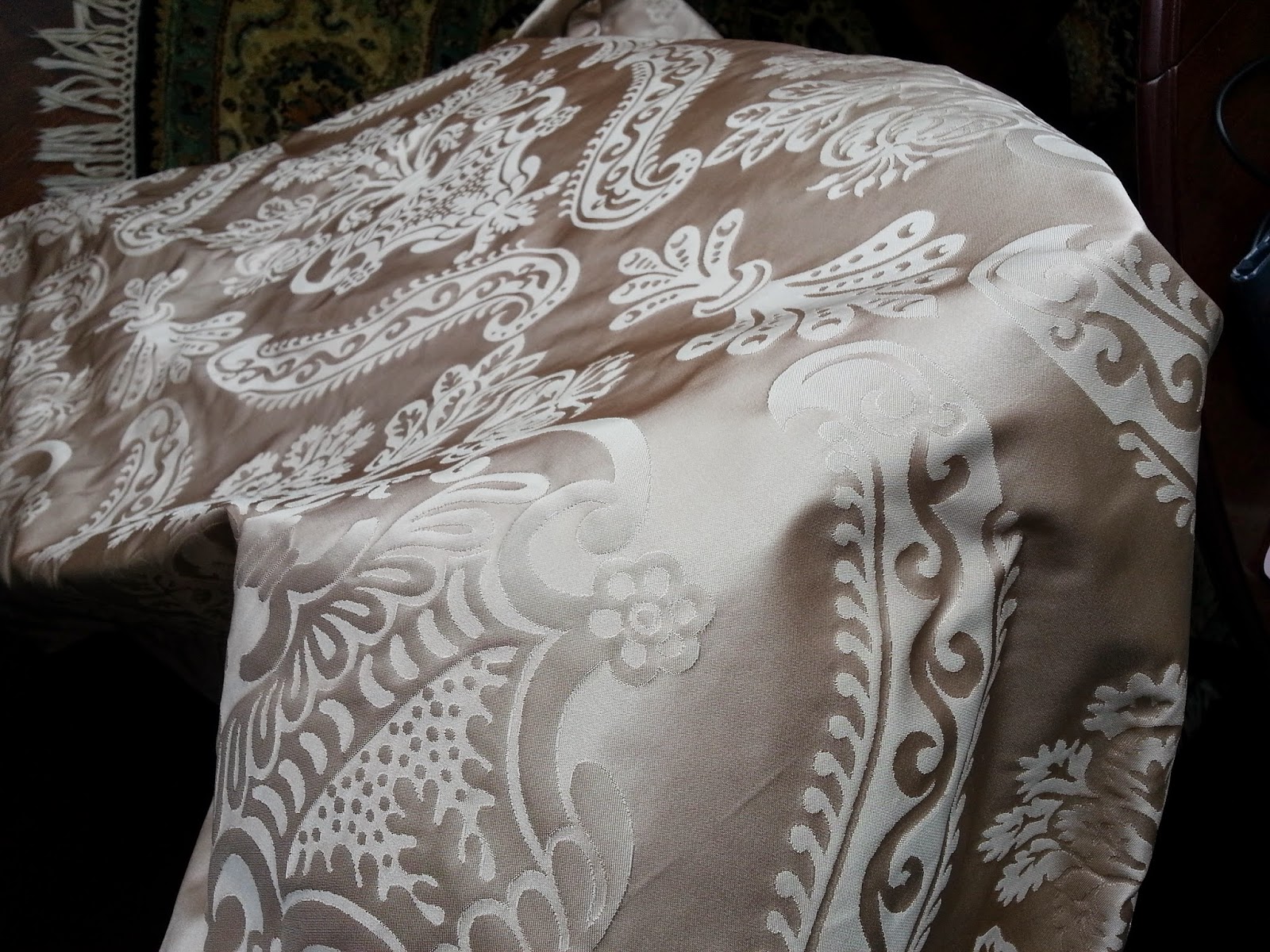 I bought two packets of iDye from Dharma Trading, but only used one packet. I did the stove top method, as I have a front loading washing machine (which doesn't make dyeing easy), and our house is for sale so I'd rather not have a dyed pink washer. 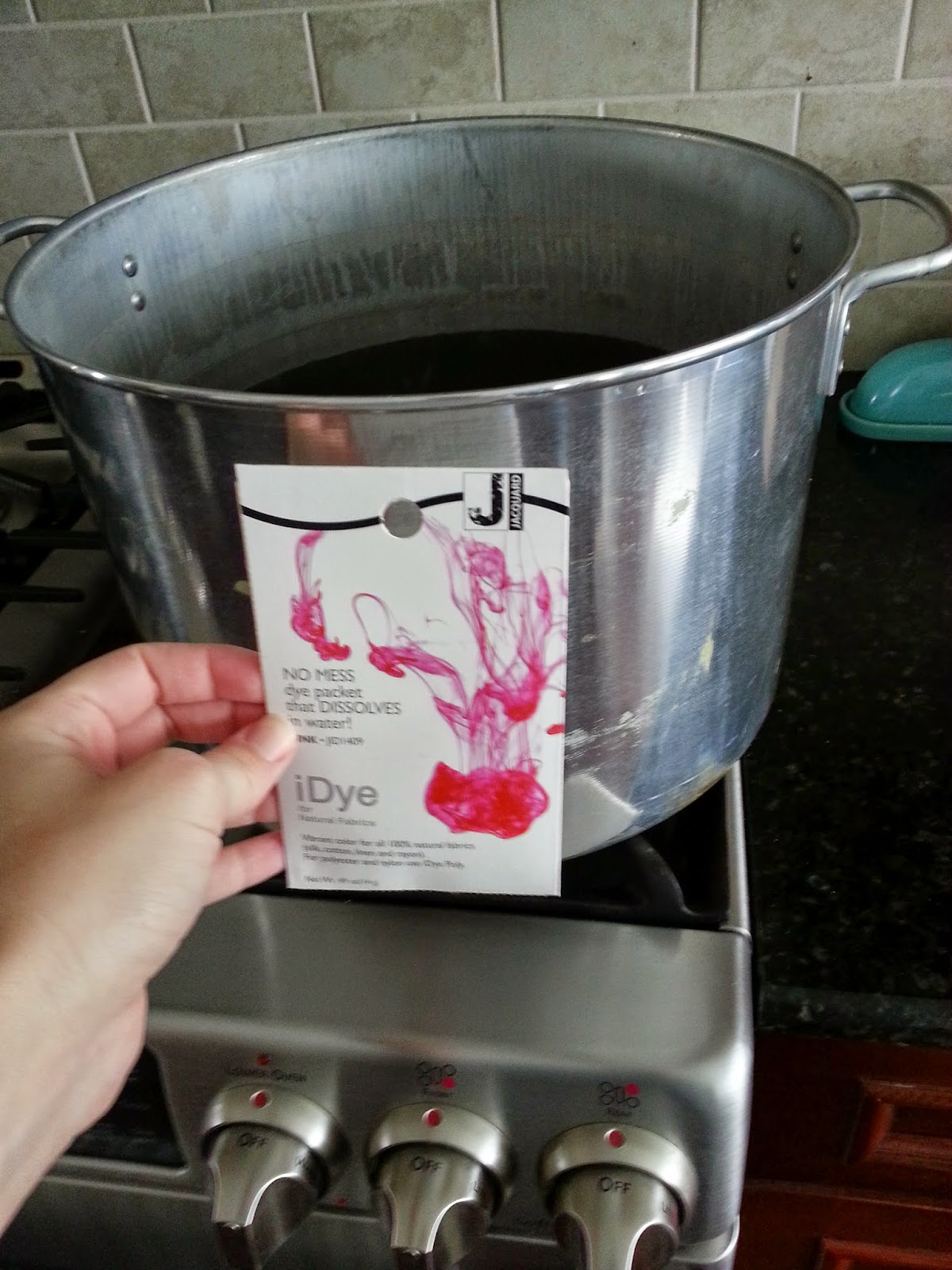 I had 5.75 yards of fabric to dye. I probably should have cut it into multiple pieces but as I still don't know what I'm going to use the fabric for, I didn't want to cut it at all. I bought the biggest stock pot I could find at a thrift store as it would have ruined my cooking pots with dye. I prewashed the silk in the washer to remove any residue or dirt spots.

I (mostly) followed the directions on the dye packet. It was very tough stuffing all those yards into one pot. I could not turn the heat above low as I had to use my hands to force the fabric to stay underwater. I could not swish the fabric in the pot, only cram it in. This is a no-no and I don't plan to do this many yards at once again! I could only tolerate 15 minutes before my hands couldn't handle the heat any longer- it should have been 30 minutes in the dye but oh well. 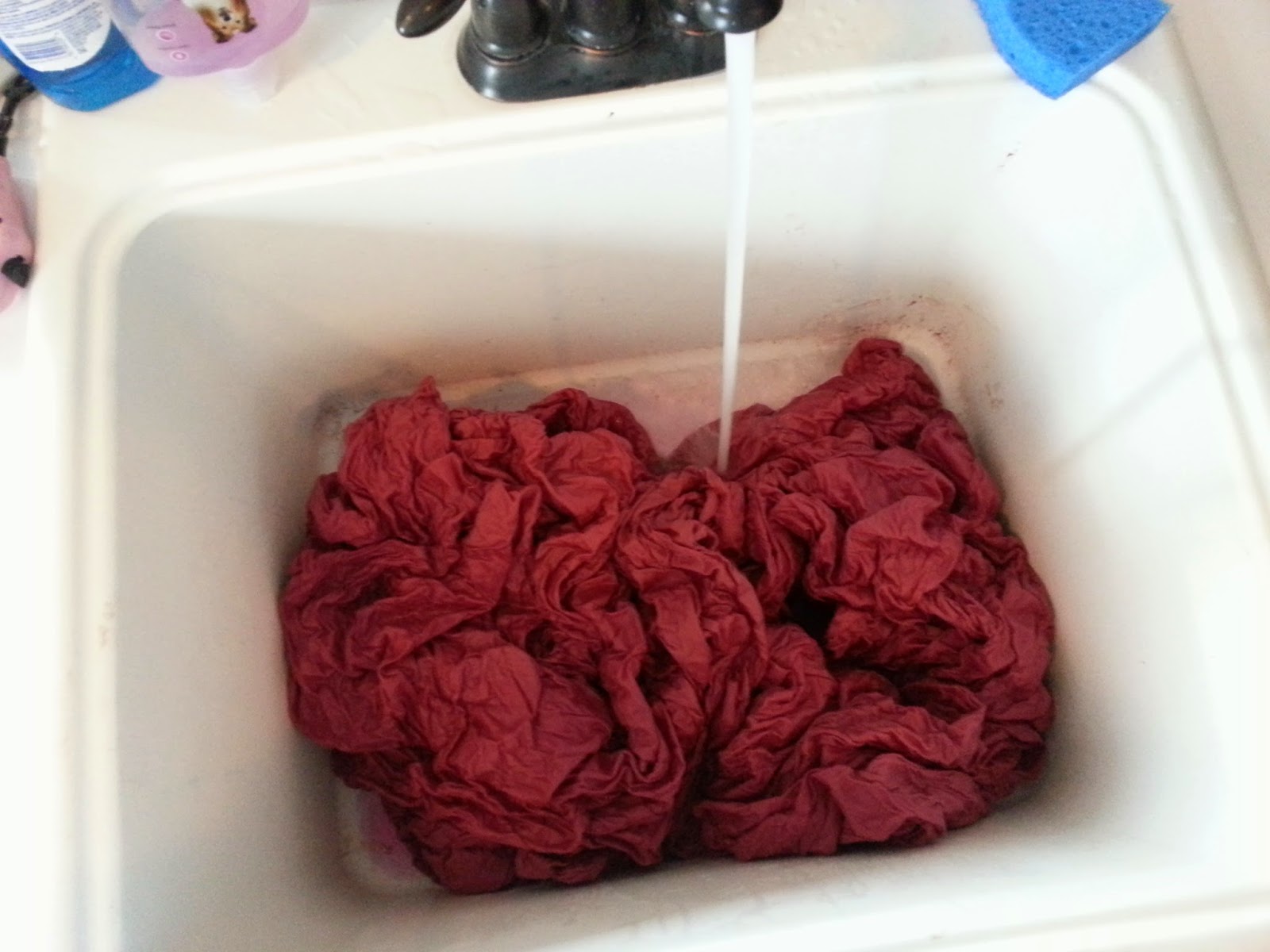 I poured the dye water into our utility sink and tried to rinse the fabric, but there was just too much! After about ten minutes of rinsing, I gave up and threw it in the washing machine (which you are supposed to do anyways but I wanted to avoid using the washer at all). Then I dried it on low heat.


Here's what I ended up with! A dusky, carnation rose pink. It is a vast improvement over the beige-y peach but I had hoped for something brighter or more vivid. I have heard that the iDye can make muddy colors, but again, I only kept it in the pot half the recommended time.

I'm surprised it dyed so evenly! I was expecting a lot of splotches but there's only a teeny bit for the last half yard or so. Here it is right out of the dryer, all wrinkly. 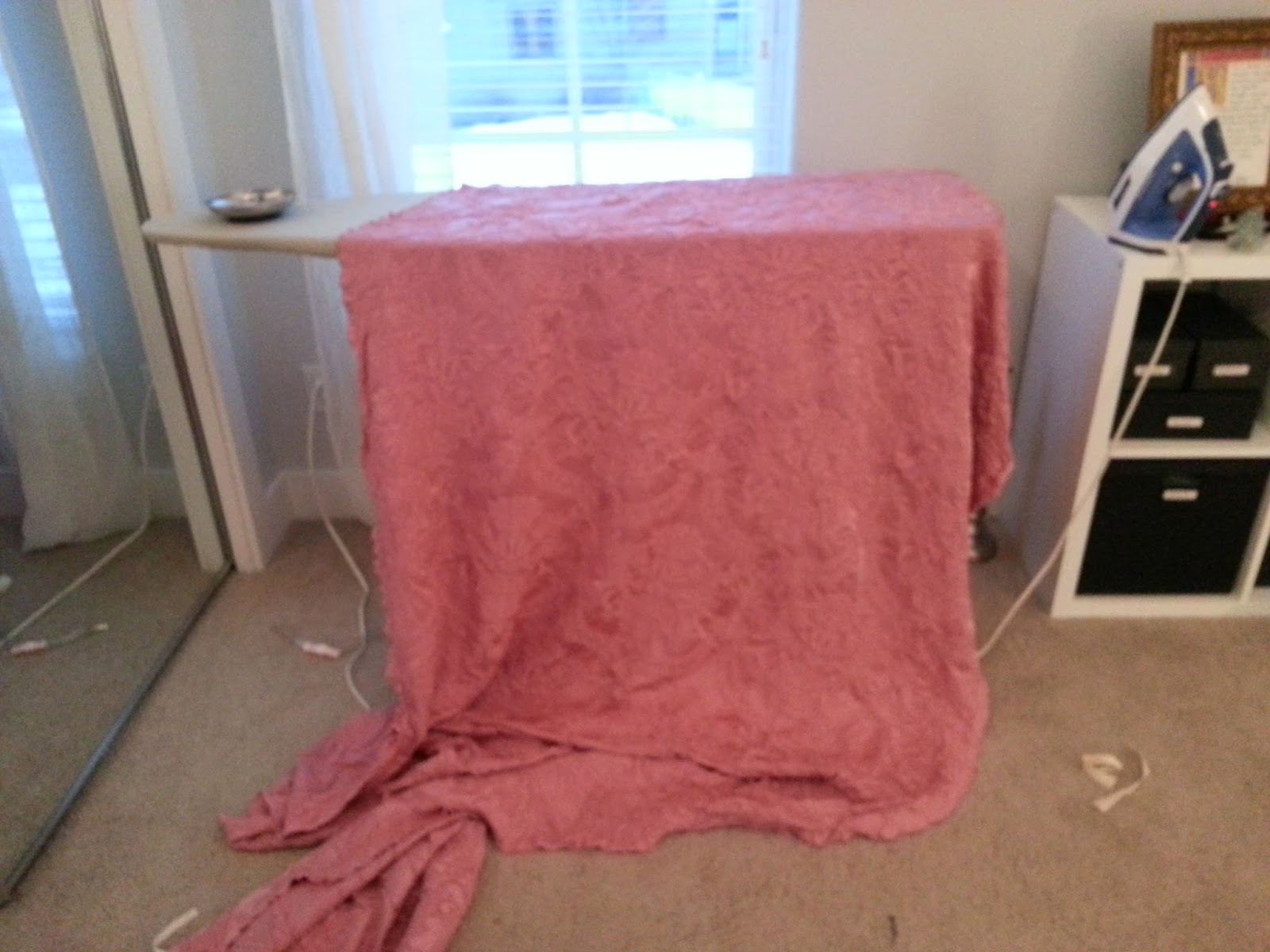 After ironing, which took ages and ages... 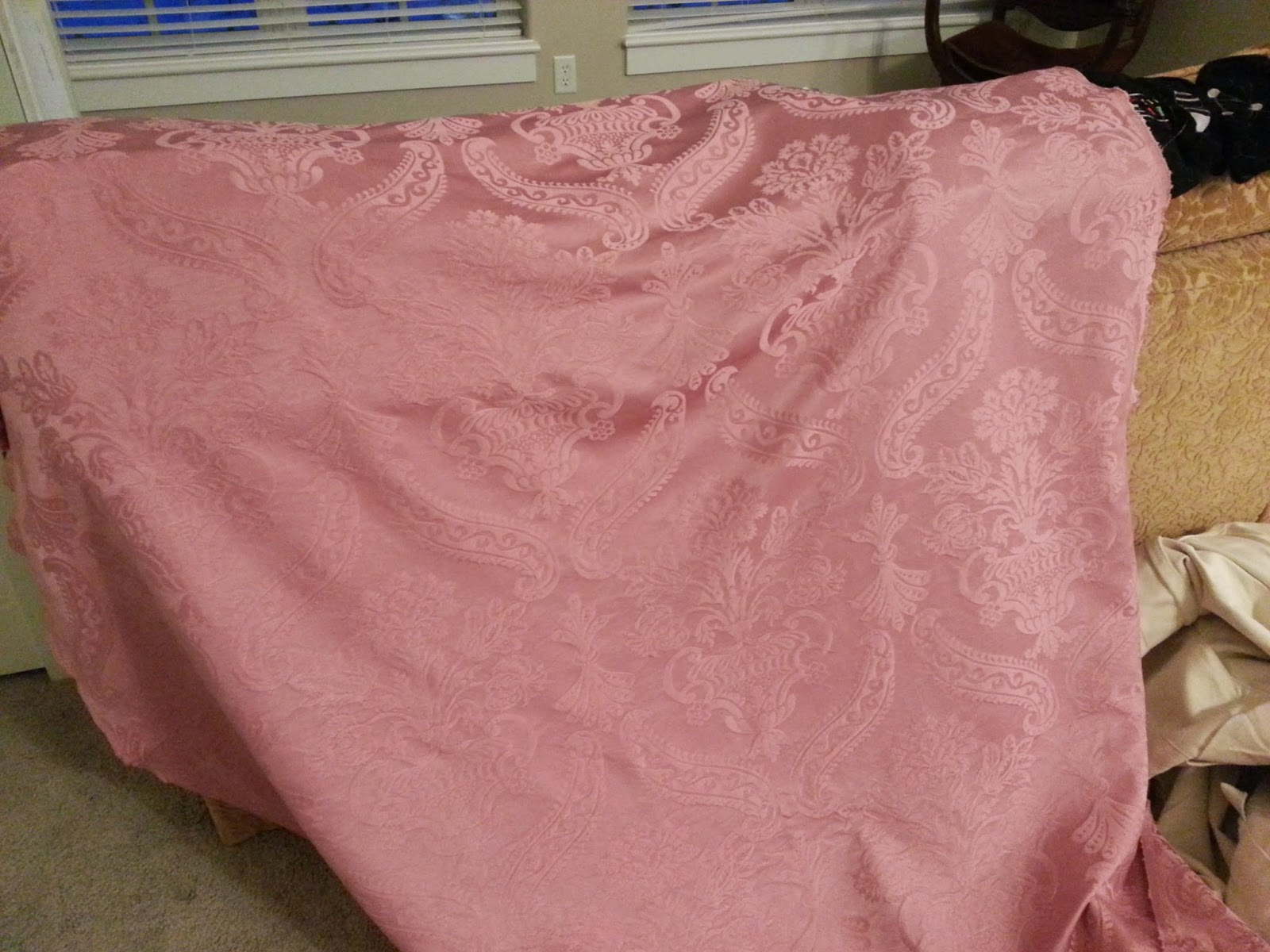 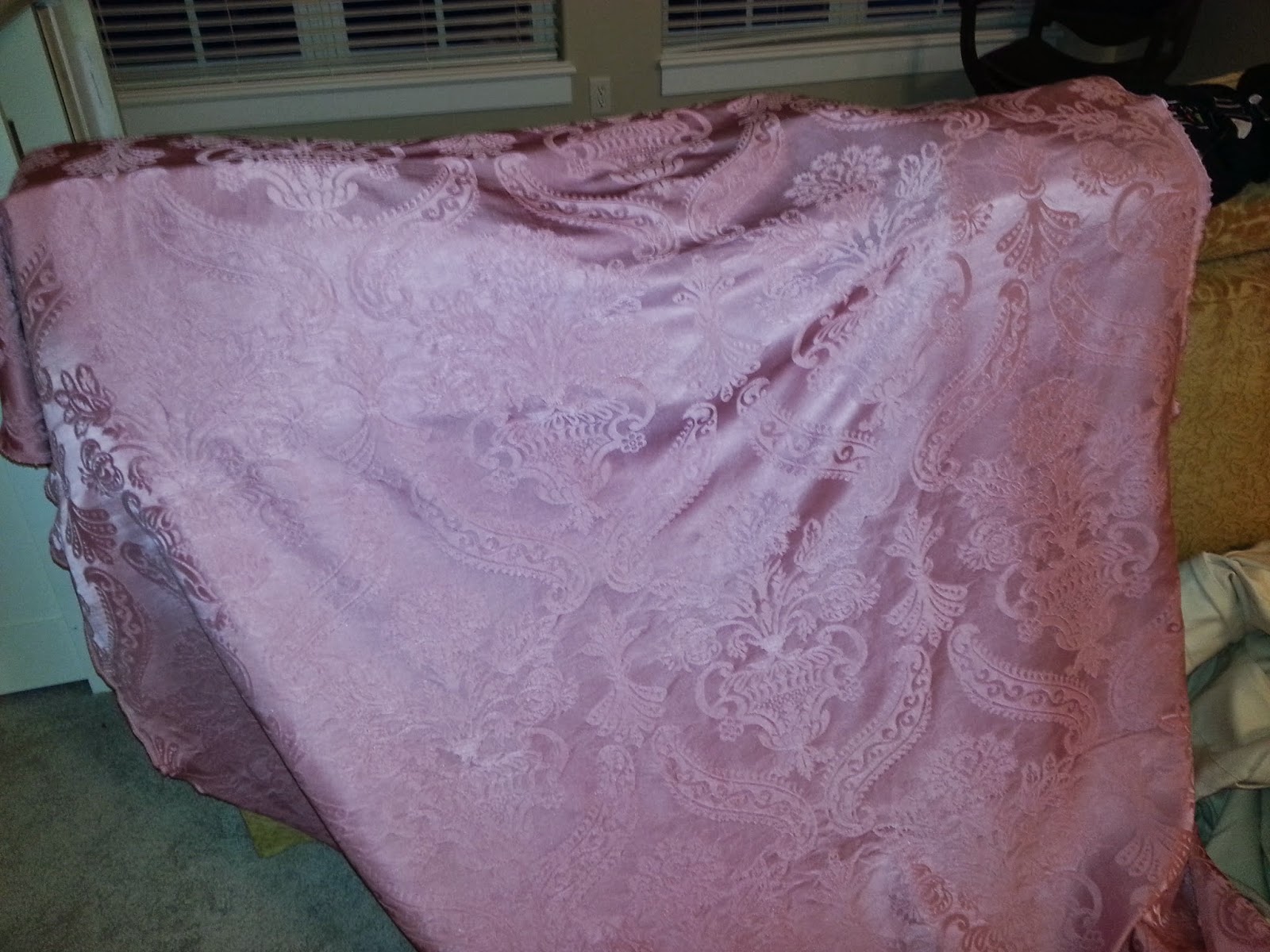 The only thing that bums me out is that the silk no longer has any stiffness at all, no body. I haven't tried any starch yet, that'll happen when I decide on a project and start cutting. I think this fabric will now be more suited to something flowy, not a typical stiffened bodice project, as the silk is now just too soft for anything structured.

I have two more projects to dye- some wool gabardine for a cotehardie for my husband (from kelly green into hopefully very dark green), and then maybe my white 14th century kirtle into a light lavender.
Posted by Jane at 8:42 PM